The proposed project, conceived and implemented by the Mosaico Association-Actions for refugees, is aimed at providing assistance on various levels in the city territory, allowing people who are in situation of need or vulnerability in particular due to their own path migration to obtain support and orientation in the knowledge of the information and services offered by the territory itself. The acronym OASIS is in fact, formed by the pillars that support the same aims of the project: providing Orientation to migrants stationed or passing through significant areas of the city, offering Listening through the operators- themselves refugees-to restore dignity and comfort to the person, guaranteeing Support in the management of needs and pointing the way towards theIntegration of the human person in a foreign and often hostile context.

The main objective is, therefore, to offer support to the person, favoring the creation of bridges and channels of communication between migrants and local institutions with the services they offer. In this way we intend to favor the process of integration and mutual understanding between institutions, civil society and the immigrant population on the territory.

In November 2018, Mosaico launched the OASI – Porta Nuova project with the aim of providing a service orientation to services, also in the legal and social field at the Porta Nuova station, aimed in particular at those starting from Turin, despite the harsh winter temperatures, they were about to continue their migration with the crossing to the Italian-French mountain border and to those who, on the contrary, were rejected at the border due to the rules provided for by the Dublin regulation. 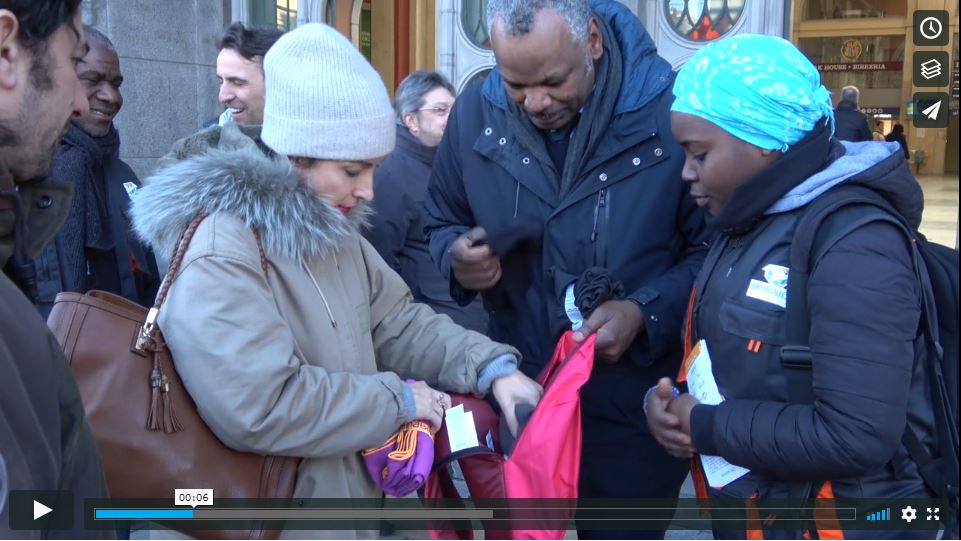 The work in the field has revealed further aspects of necessity and thanks also to the positive impact of this first pilot project, OASI has extended its ten-years desk service towards this direction by addressing the street mediation service also in the nearby neighborhood of San Salvario and paying attention also to those refugees and asylum seekers who, although not willing to continue their migratory journey beyond the Alps, will they found themselves in conditions of great vulnerability. Over the months, however, the project has developed further, demonstrating its innovative drive.

Over the months, thanks to the ever closer collaboration with local institutions (social, political, cultural), the OASI project has developed, demonstrating its innovative drive, in two ways. On the one hand, it has expanded the areas of intervention in the city of Turin, reaching also other focal points inhabited by the formal and informal networks of the refugee population and Turin asylum seeker. On the other hand, it has made available a tool aimed at communicating the services offered by the territory: an app, called OASI – ON THE STREET, developed thanks to the specialists of Web & Com communication and refugee work, navigable as a virtual map on which you will find all the main services useful to citizenship with always updated timetables and addresses.

With the implementation of OASI ON THE STREET, a useful app for all citizens, Mosaico remains faithful to the initial aims of the project, but it further favors the process of integration and mutual understanding between institutions, civil society and the immigrant population on the territory.

SUPPORT MOSAICO WITH A DONATION